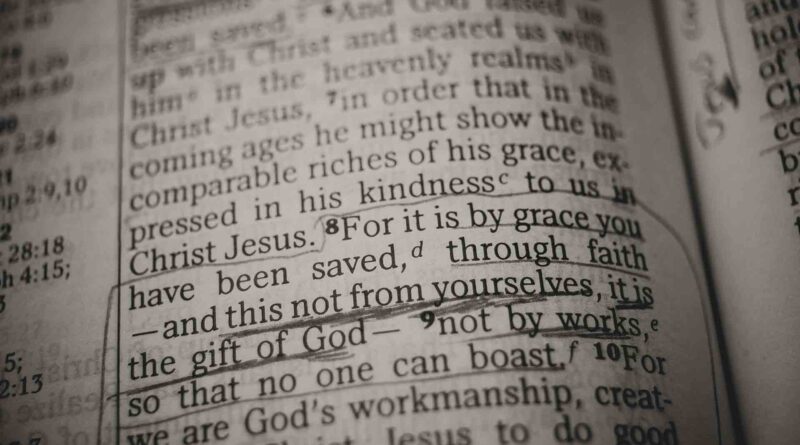 Free Grace is the belief that a your faith is guided by living experience rather than written words.

Historically, Free Grace, formally known as Antinomianism, is defined as “a person who believes that Christians (or other faiths) are released by grace from the obligation of observing the moral law.” In mid 17th century England, when the Quakers first formed, the moral law was enforced by Church of England (CofE) and their interpretation of the Bible.

However, one of the ideas of the earlier Reformation, was that a belief that obedience to the law is motivated by an internal principle flowing from belief rather than from any external compulsion. In other words, what you believe should come from your own inward conviction rather than what words on a page say. 17th century advocates of Free Grace quoted Ephesians 2:9 as its justification:

“For it is by grace you have been saved through faith, and this not from yourselves; it is the gift of God, not by works, so that no one can boast.”

The Letter Killeth, But The Spirit Giveth Life

For the First Generation Friends, who created the concept of the Inner Light, Free Grace fitted into their beliefs hand in glove. However, the religious authorities resented it as it took away control from the CofE who wanted rules and conditions for their ‘forced worship’.

Despite Free Grace being controversial, an epistle written in 1656 by Friends of Balby Meeting, Doncaster, declared:

“Dearly beloved Friends, these things we do not lay upon you as a rule or form to walk by, but that all, with the measure of light which is pure and holy, may be guided; and so in the light walking and abiding, these may be fulfilled in the Spirit, not from the letter, for the letter killeth, but the Spirit giveth life.”

"So will you be possessors as well as professors of the truth."
- William Penn -

May 12, 2021May 12, 2021 admin 0
We use cookies on our website to give you the most relevant experience by remembering your preferences and repeat visits. By clicking “Accept”, you consent to the use of ALL the cookies.
Cookie settingsACCEPT
Manage consent

This website uses cookies to improve your experience while you navigate through the website. Out of these, the cookies that are categorized as necessary are stored on your browser as they are essential for the working of basic functionalities of the website. We also use third-party cookies that help us analyze and understand how you use this website. These cookies will be stored in your browser only with your consent. You also have the option to opt-out of these cookies. But opting out of some of these cookies may affect your browsing experience.
Necessary Always Enabled

Any cookies that may not be particularly necessary for the website to function and is used specifically to collect user personal data via analytics, ads, other embedded contents are termed as non-necessary cookies. It is mandatory to procure user consent prior to running these cookies on your website.